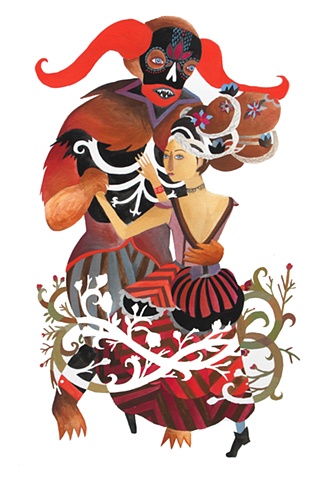 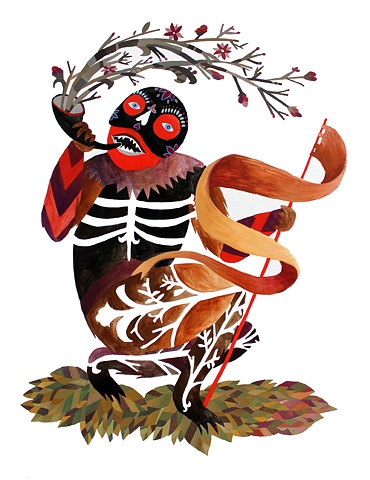 That Would Not Let Me Sleep 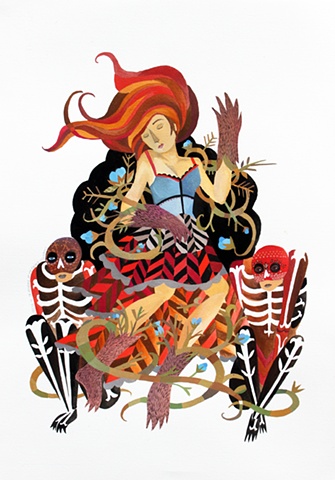 A Memory of My Former Strength 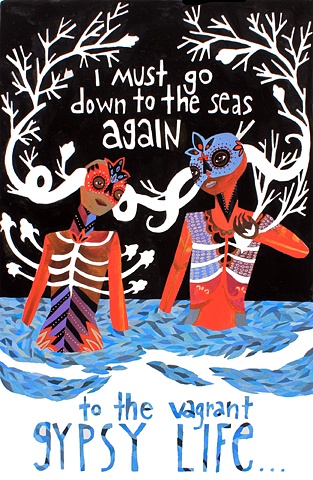 I Must Go Down to the Seas Again 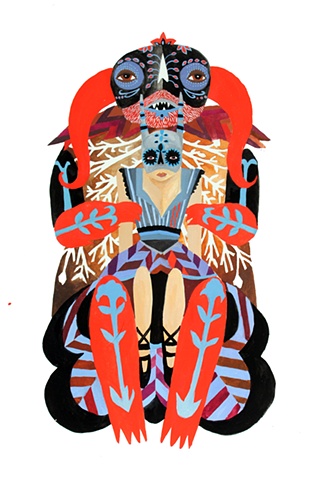 We Need the Possibility of Escape 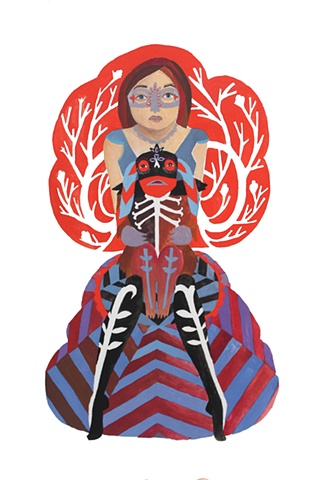 As Surely As We Need Hope 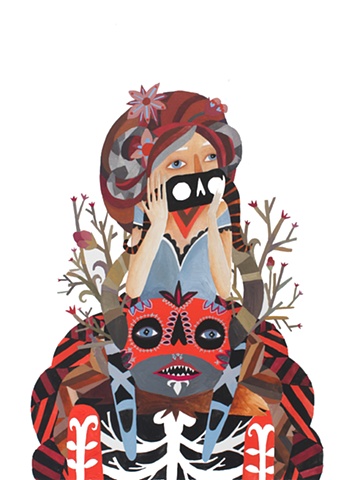 A Magnificence that Cannot Survive the Innocence that Makes it Possible 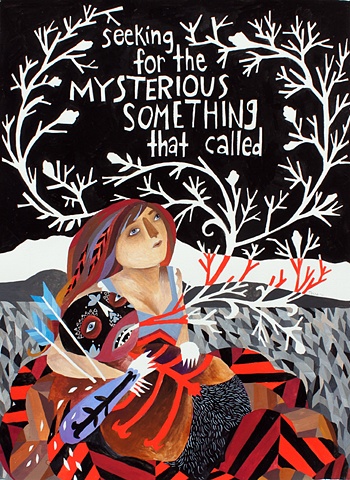 Seeking for the Mysterious Something that Called

It is Better to Speak, Remembering We Were Never Meant to Survive 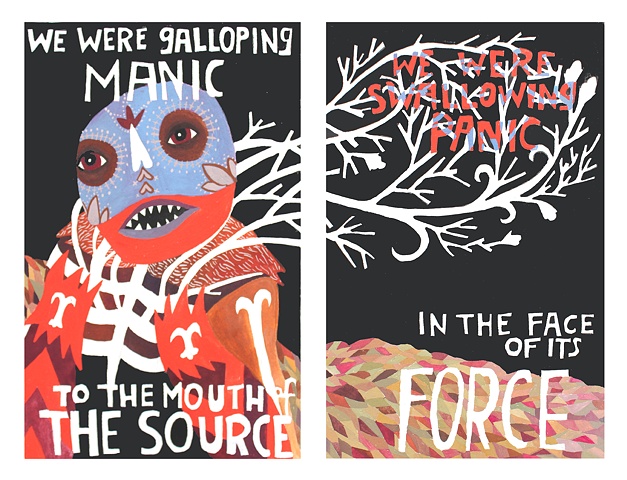 We Were Galloping Manic to the Mouth of the Source, We Were Swallowing Panic in the Face of its Force 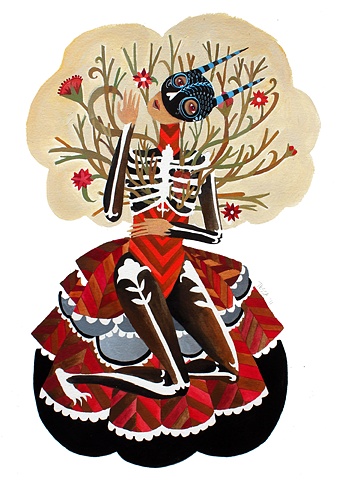 Pitched and Wrecked and Absurdly Resolute 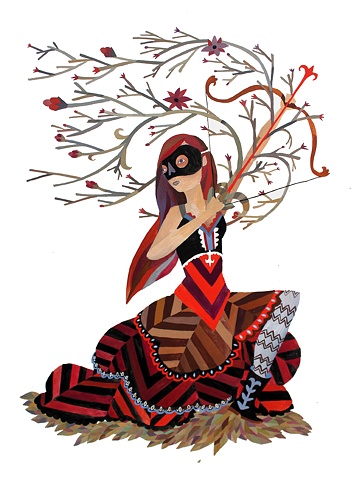 In My Heart There Was a Kind of Fighting

This body of work came out of a 5,000 mile bike ride, and requires some context:

I have always firmly believed that if you throw yourself out into the world with complete conviction, you will encounter whatever it is that you need to find. This certainly held true time and time again over the course of my bicycle ride between Southern California and Maine. When I set out on my journey, I knew that I had this show waiting for me when I returned, but had no preconceived notion of the direction the work was going to take. This series of paintings coalesced in direct response to my travels and they are very much tied to the conflicted freedom of being a body in motion.

I grew up with no friends within 20 miles, and so as a child I learned two deeply formative lessons: how to whittle away countless hours wandering by myself in the hills, and how to fall in love with books. The books that I read in my childhood have stayed with me strongly over the years, and I find myself returning to them at unexpected moments. When I first started mulling over the idea of riding my bike across the country, I found myself dwelling on Sir Pellinore from T.H. White’s The Once and Future King.

Sir Pellinore was a knight whose family lineage was devoted to chasing a creature called the Questing Beast. One day he decided that he was sick of chasing it, and so he stopped. And both he and the Questing Beast became terribly depressed and were “sick with longing” for the pursuit. Pellinore’s friends and community had to come together and trick the two of them into chasing each other again so that they could both be happy. Ultimately, both Pellinore and the Beast realized that what they had seen as their obligation was actually the thing that gave their lives meaning and brought them their truest tastes of freedom and unrestrained joy.

When I set out on my journey, this story resonated with me on a very literal level: I had given up on my own restlessness and was making myself miserable in my forced complacency. So I thought of my bike and me as Pellinore (after a few thousand miles, the boundary between bike and self begins to blur), and we set off to go adventuring for our Questing Beast with no firm idea of what that Beast might be beyond a sense of hunger for the horizon.

At the end of March, I stumbled upon a second book that became the starting point for this show. I was in West Texas and had been biking through an isolated stretch of desert for about a week. I had just had the rather surreal experience of ending a long and complicated relationship over the phone while illegally camped in a cow pasture (I kept having to kick the walls of my tent to scare the inquisitive cows away) with my ears stuffed with tissue paper to drown out the noise of passing semi trucks. I spent the next day battling up ridiculously steep hills while trying not to cry because my pragmatism reminded me that tears are hugely inefficient when it’s 95 degrees out and you have to go sixty miles up a mountain before you’ll next be able to refill water. I spent two days staying with a fiddle playing astrophysicist and his family at the MacDonald Observatory, and I passed my time there nursing my emotions and bottle feeding a litter of two week old rescue kittens while rereading the family’s copy of The Wind In The Willows.

One of the things that I most enjoy about revisiting the books that I loved in my childhood is becoming aware of the layers of nuance that were invisible to me upon first reading. On the surface, The Wind In The Willows is a story about a bunch of woodland creatures cavorting about having silly adventures. But it’s also about the resolute yearning for home, and about the nebulous uncertainty and malleability of what home actually means. Rereading the book broke my heart in the most wondrous way, and there was one passage in particular that stuck with me:

`Fun?' said the Rat; `now that's just what I don't understand. If you've GOT to leave this pleasant place, and your friends who will miss you, and your snug homes that you've just settled into, why, when the hour strikes I've no doubt you'll go bravely, and face all the trouble and discomfort and change and newness, and make believe that you're not very unhappy. But to want to talk about it, or even think about it, till you really need----' `No, you don't understand, naturally,' said the second swallow. `First, we feel it stirring within us, a sweet unrest; then back come the recollections one by one, like homing pigeons. They flutter through our dreams at night, they fly with us in our wheelings and circlings by day. We hunger to inquire of each other, to compare notes and assure ourselves that it was all really true, as one by one the scents and sounds and names of long-forgotten places come gradually back and beckon to us.'

I became fixated on this idea of sweet unrest-- of a bittersweet call to arms that is at once liberating, but also heartbreaking in all that it necessitates leaving behind. I let the phrase sink in over the course of 5,000 miles, and it marched itself through my sketchbooks gradually gaining definition as I made my way East. I painted it as a mural on the wall of a West Texas commune, and discussed it with families that had lived on the same land for five generations. As I rode, I gathered texts that spoke to the tension, built a nest of phrases that explore the contradictory desires for wanderlust and roots.

I have never known quite where I fit in the blurred boundary between fine art and illustration, and I usually choose to opt out of the artist vs. illustrator debate and instead refer to myself as a storyteller. My paintings almost always begin with a title. I get a phrase lodged in my head, and I mull it over until a visual impulse begins to coalesce: text comes first, and image follows. I have always allowed this part of my process to remain implicit, but over the course of my journey I decided to intentionally embrace the idea of text as point of origin. Each of these paintings is based on text that somehow informs my understanding of wanderlust, and the words are part and parcel of the end result.

Over the course of the past five months, I fell back in love with the world and my place in it. I made my peace with the realization that, at least for now, the thing that I have to offer the world is my hunger. My sweet unrest. I have no idea where it’s going to carry me; I’m off to go work in Antarctica in about five weeks, and after that I’ll be traveling through New Zealand and possibly Southeast Asia. And after that....? Haven’t got the slightest clue. I don’t know what comes next, but I do know that I’m excited to meet it and cover it in paint.